Along with books, music and other media, Kansas City public libraries will now be lending internet hotspots using internet service and devices from Mobile Citizen.

Within the past five years, hundreds of library systems across the country have added hotspot lending to bring WIFI into the homes of community members who otherwise can’t get online. It isn’t a new idea at the Kansas City Public Library System either. David LaCrone, Digital Branch Manager, first piloted hotspot lending in 2016 and 2017. His biggest take away from the trial was that data consumption for each single hotspot was extremely high. Even though a hotspot might be checked out to an individual, typically the entire household took advantage of it.

Free Internet at Home
The need for low-cost internet access is great in this city of nearly 500,000. LaCrone estimates that approximately 15-18% of the population does not have internet access in the home. In some areas of the city, the non-adoption rate is as high as 35-45%. Community members in these geographies, in particular, depend upon the library when they need to get online. 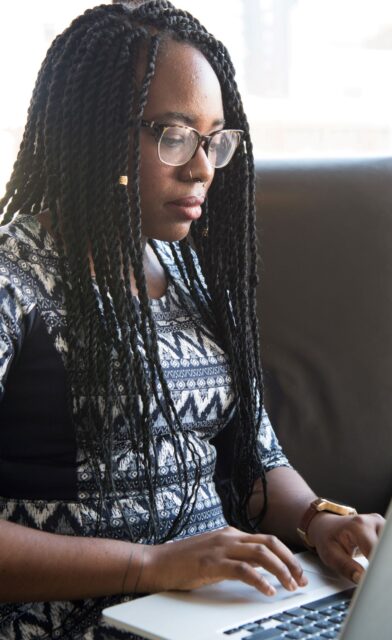 As far back as the 1990’s, the Kansas City Public Library System provided free on-site internet access from branch locations across the metropolitan area. But when COVID-19 caused the library doors to close for months in 2020, that free internet access closed down too. For many, that meant an end to online job searches, homework help, social connections and everything else the internet enables.

Fortunately, LaCrone and team had already begun preparations to launch hotspot lending early in the year. “We saw it as a way to enhance the services the library already provides,” he explained. These include traditional physical resources such as books, magazines and movies, plus online resources for life-long learning, job training, skill building and homework help.”

“We’re thrilled, too, that Mobile Citizen hotspot devices provide built-in content filtering,” LaCrone continued. Not only does this save the library time since they don’t have to set up their own filtering policies, it also keeps them in good standing for future federal grant opportunities.

Equitable Access
Even though they might not be back inside the library for months, at least those who need free internet access will be able to get it. Library members will check out devices on a drop in, first-come, first-served basis. The check-out period will last three weeks. By not allowing holds and renewals on the hotspots, LaCrone hopes to avoid the months-long wait periods that some library systems have. The Kansas City Public Library wants as many community members to be able to take advantage of the new program as possible.

The people behind Mobile Citizen, like LaCrone, believe that cost shouldn’t be a barrier to internet access. In fact, Mobile Citizen was founded on the premise that high-quality, affordable internet contributes to an engaged public and a more equitable society. The Kansas City Public Library offers a wide range of services and outreach programs with those same goals in mind, including voter registration and census assistance, skills training, job search and homework help platforms. Now internet hotspots, especially during times when the library doors are closed, will give library patrons another means to achieve their own goals.

About the library: The Kansas City Public Library touches the lives of more than 250,000 constituents served by the library’s extremely active outreach services program and serves as a resource to all 500,000 people who call Kansas City, Missouri home