Roughly 3% of colleges and universities in the US are historically Black colleges and universities (HBCUs), and these schools confer almost 20% of all bachelor’s degrees earned by Black students. That percentage increases to 25% when you narrow the focus to graduates of STEM programs—our future scientists, doctors, engineers and software developers. Yet 80% of our HBCUs are located in broadband deserts. According to a report by the McKinsey Institute for Black Economic Mobility, “These institutions enroll more than twice as many Pell Grant-eligible (low-income) students as non-HBCU institutions and help create economic mobility for those populations. Graduates of HBCUs are 51 percent more likely to move into a higher-income quintile than graduates of non-HBCUs.”

In a speech at the recent HBCU Tech conference, billionaire philanthropist Robert F. Smith implored HBCUs to demand better broadband and computing capacity for students. Without equitable access on campus and at home, Smith warns that students at HBCUs will miss out on opportunities in the evolving global digital economy. A September 2022 Rolling Out article paraphrased Smith saying, “Meeting the demand for tech resources to digitally transform HBCUs will create a steady stream of Black talent. Consequentially, it will propel the next generation of Black tech innovators, and job and wealth creators.” 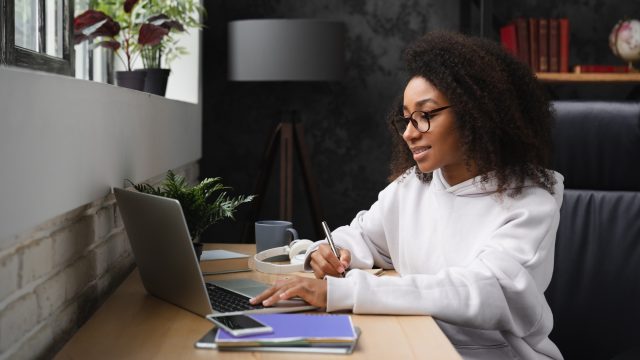 The McKinsey report mirrored that sentiment stating, “With greater access to broadband, more people could then take advantage of virtual economic and educational resources that would otherwise be unavailable to them.” Their suggestion? HBCU’s should look for partners. As one example, they point to the partnership between Benedict College and the University of South Carolina, using $6 million in funding from the Governor’s Emergency Education Relief (GEER) fund to build computer labs within or near digital deserts that would benefit students on the Benedict campus and across the state.

Funding and gifts from philanthropists, corporations and government programs like this have been on the rise in recent years. In return, HBCUs are being encouraged to do more about the digital disparities in their communities.

We’ve written about many K-12 schools and library systems using Wi-Fi hotspots to bring equitable Internet access to their students, but colleges and universities can use them to close the gaps too. Read more in our blog, How Low-Cost Internet and Hotspots for Students Advances Digital Inclusion.

Mobile Citizen believes that by reducing the long-standing barriers to resources like high-speed Internet, communities can prosper. To help close the digital divide and accelerate economic mobility in your community, contact the Mobile Citizen Customer Service Center at 877-216-960.

SHARE ON:
« The Homework Gap: Why We Need to Close It & How Affordable Internet Services for Students Can Help
How Social Welfare Agencies Can Bridge the Digital Divide with Mobile Internet »