There was a time, just a few decades ago, when everyone thought the advent of the Internet would mean a decline in libraries. It may seem ironic then that this age of worldwide connectivity via the Internet is also a time when libraries have seen a surge in popularity and support. 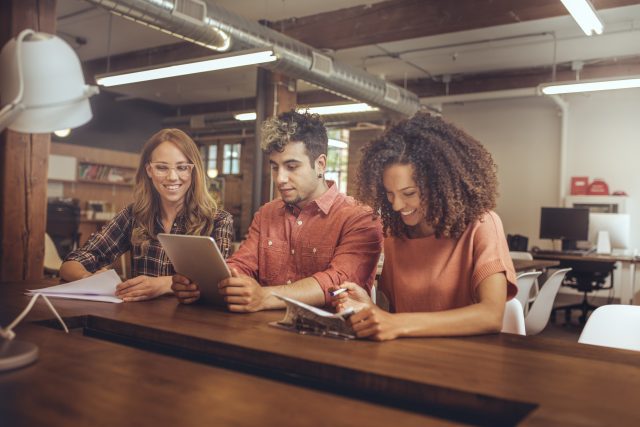 If we look just a little deeper though, we see why libraries have been around since at least the 7th century. There are several reasons for this, but one of the biggest is that libraries are more than a place to borrow books from. Libraries are equalizers, often providing access to resources that may not be readily available to everyone. Libraries are also adaptable, which isn’t surprising considering they’ve been around for hundreds of years.

This adaptability combined with their position as community equalizers are two big reasons that libraries have seen a resurgence in recent years. Especially during the peak of the COVID-19 pandemic, libraries became an important resource for people.

Libraries provide essential access to the Internet, especially for those who do not otherwise have access, whether it be temporary or full-time. From allowing outdoor access to their Wi-Fi networks, to accessing the Internet on-site, to establishing Wi-Fi hotspot lending programs, libraries across the United States provided an essential service to millions of people.

Just like libraries loan out books they also loan out Wi-Fi hotspot devices to their patrons. These devices can be used anywhere there is a cellular network and can be used to connect laptops, smartphones, and tablets to the Internet.

A library Wi-Fi hotspot lending program works on a rotation basis. Many libraries allow patrons to borrow hotspots for anywhere between one to two weeks depending on availability.

How Do Wi-Fi Hotspot Lending Programs Bridge the Digital Divide?

While there is no simple way to define this complex issue, in its broadest sense, the digital divide is the gap between people who have access to the Internet and Internet-enabled devices and those who don’t. There are several layers to the digital divide that include usability divide, economic divide, empowerment divide, and more.

Library Wi-Fi hotspot lending programs are a powerful way to bridge the digital divide by providing everyone — irrespective of their economic status, gender, and age — easy access to the Internet.

Specifically, library Wi-Fi hotspot lending programs chip away at the digital divide by:

By providing Wi-Fi hotspot lending programs, libraries around the country are slowly, but surely helping millions of Americans who cannot afford access to the Internet at home. By offering this access, libraries are helping lower-income families take advantage of the resources and convenience the Internet offers.

This lack of access may stem from different factors such as affordability and geography. According to the FCC, 14.5 million Americans without Internet access live in rural areas, where Internet service is sketchy at best.

In these areas, library Wi-Fi hotspot lending programs help families and students connect to the Internet.

Mobile Citizen offers affordable mobile Internet devices and plan to libraries. To see if your library is eligible, please contact our experts in the Mobile Citizen Customer Service Center at 877-216-9603.